The most legendary website ever to be used for pulling pussy has seen an increase in the number of people drinking alone at their computers and then announcing it through the News Feeding Trough.

The source of the problem, the U.S. Government said, is the sheer lack of anything enjoyable on the website, whatsoever.

“What’s with all the poking?” asked Norm Macdonald.

Miller Lite said that, paralleling reality, people in a virtual reality will turn to virtual alcoholism as a means of coping with its ordinary lameness. They seek a relationship that “Goes down smooth, and is not too filling.” Fulfilling, that is.

More as this develops into a preventable disease. 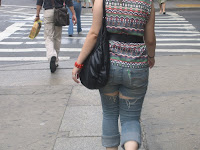 Roanoke, Va.–This girl I liked when we were in ninth grade was really cute and had pretty green eyes. I told her one day as we were walking to the buses and she said ‘thank you.’ I never thought another thing of it because chasing tail, I decided, wasn’t my thing at that age. I still liked cartoons and videogames way too much to give all my energy to a time-vacuum like a girl and her problems.

Six years later, she came over to my close, personal friend’s house seeking heroin. Evidently, she’d found a boyfriend who uses heroin, and she herself got addicted so they could enjoy the drug together. What dedication! I can only imagine how poisonous their relationship together is. If you’ve ever seen Requiem For A Dream, you know what I’m talking about. Obviously, not every chemical romance is like that, but the movie is a very accurate depiction of how many of these kinds of relationships work out.

Now, I have a long-term girlfriend but she is not a painful soul-vacuum, nor does she any heroin – or any hard drug, for that matter. There’s a better way to keep a woman around without addicting her to a fatal drug, or so I like to think. I’d say that I’ve struck an almost psychologically unheard-of balance in which I get to be myself and happy with a woman at the same time. I get to play my videogames and have great sex, too. What’s more, I get to spend any or all of my time at the aforementioned best friend’s house on Bent Mountain because my girlfriend is not a succubus time-hog whose permission is required to fart.

Sometimes I go to my friend’s house and we just play videogames and talk about the latest Elf Wax and how epic it will be when the mainstream media bows to its superiority as the earth shatters under the weight of the resulting irony. Other times are spent watching as drunk, worthless chicks file in and out during the occasional party. It doesn’t happen often, because there’s always an active XBOX 360 in the room – a natural female repellent. But it still happens.

The other night, a girl came in and proclaimed, “I’ll get wasted tonight. I wanna get drunk and make a mistake. A mistake that makes babies.” I hadn’t noticed her until she said this. To me, women at parties are usually inconsequential, serving their benign purpose of making the men talk louder in their presence and nothing more. Also, they are good for starting fights, and beyond that, you’re lucky to bang one and forget about it. You never date these girls. This particular girl was your typical party slut. Kind of chubby because she is too dim to recognize a correlation between McDonald’s, beer, and her faltering appearance. Kind of slutty because the fatter a girl gets, the easier she has to be in order to compensate for her decline in received sexual attention.

So to what I thought was actually the fabled tongue-in-cheek wit coming out of a girl’s mouth, I yelled out, “Yeah, pregnancy, alright!” Nobody laughed. I guess (with good reason) they took her very seriously and the chase was on. Or perhaps they didn’t hear me, because it was funny and the way I said it was funny too, and nothing that leaves my mouth is short of genius. Regardless, I never took my eyes away from Nazi Zombies, at which I was brutally kicking the asses of the undead Wehrmacht.

Around me, cheap beers turned into cheap shots, and this girl got wasted, just like she said she’d do. Much unlike a woman, she stuck to her word, however I was still unimpressed because she hadn’t yet made any mistakes, aside from tipping the bong in the wrong direction and spilling filthy, stinking bong water into the couch cushions. I saw it. It was yellow coming out. Very old, putrid water. Not one oxygen molecule to be found in it. It stunk and made her stink because she’d also spilled it on her clothes. How gross.

The party continued. She flirted with the Brosephs and loved their ability to put unbroken sentences together (when college guys feel intellectually dominant, they like to talk in a loud, reverse-Seinfeld tonality). She revealed her true stupidity when she asked, “Where are you from?”

“They’re from a college, honey. Not a different state. Just not the Food Lion you work at.” My thoughts were growing cynical. It was time to play some killer jams. Oops, no good. The Brosephs took over tha party, bro. They’ve been in there tuning up for two and a half god damn hours and the drummer’s still sitting there twiddling his balls around. You gotta wait, bro. Bro. Dude. Gotta wait. “Get out of my god damn way and let a real musician play you fucking Modest Mouse-imitating honkies with your lame fail-minor chords and shit-eating cock-bang-the-drum-rhythms.” Rather than say this, I thought it, and chose to wait outside patiently by the campfire. The girl was there.

After begging everyone present at the party to take shots with her, one at a time, she still couldn’t bait an erection out of even the drunkest men, with the lowest standards. She had begun to embarrass herself by moving person to person, sitting in their laps and seeing if it took. Even after some very obvious lines of questioning, that went from, “I’m tired, I want to go to bed,” to, “I’m going to bed now,” to, “Do you like holding me?” to, “You want to come to bed with me?” she was having trouble getting results.

This worked on one guy. I knew his name because he played Nazi Zombies with me earlier and we shared victory. We got to level eleven together which had yet to be seen on this particular night, and so it felt good. He had originally showed up with a twenty-four pack of Bud Light, so he was drunk and getting drunker.

Sitting by the campfire and watching this pitiful scene between them in which she sat on his lap and he expressed his enjoyment of it, I thought, “This is it. She’s going to finally get fucked like the whore she is on one of those filthy beds in the back room. Won’t that be a pleasant Roanoke memory?”

Then, something interesting happened. He started playing hard to get. Not too hard, because I could tell he still planned to do something with her, if it was really going to be this easy, but he wanted to do it his own way, not hers. What he started doing was saying really funny shit to her, like “Sure, I’ll take you home, but you won’t like where home is,” and then he said something along the lines of, “That should correct your mistake.”

At this, the girl began crying. She’d already done this off and on throughout the night when no one would pay any attention to her. Still sitting on this guy’s lap, she looked around the campfire at a circle of unfamiliar faces, lastly at mine, then turned to the only other girl present, her friend who she showed up with, and begged her to call some one and have her come pick them up.

Almost simultaneously, a bearded man appeared in the doorway of the house – a violent drunk who’d passed out early but knew this girl personally. He approached her with two gallant strides across the yard, asking her, “Do you want me to make you feel really good?” Her eyes melted from personal ownership to childish submission as he took her around the side of the house, where the two were not seen again for at least an hour. The girl disappeared. Chris, my Call of Duty partner, said nothing. Simply opened another beer and enjoyed the company of friends, as he’d been doing before the girl materialized in his lap.

The party was over. I went to sleep and woke up sick. Sick, because I smoked from the same bong as that filthy petri-dish of a girl from the middle of the state. Some unknown, unnamed hick town smaller than this one. The only kind of place capable of producing a dispirited character so familiarly squalid and lacking of common sense or decency. A desperate fat sow whose social success hangs on her ability to fuck someone new at every alcoholic gathering. The product of boredom due to excess. Of a lesson learned in which doing nothing equals doing something as long as a dick still penetrates her at the end of the night.

Hers was a life that led her to pouting her ass around, like a cat in heat, for the first burred penis whose instincts could safely guide it into the dark hole at the end of the tunnel-vision. First shaking it in front of this lap, and then that one, and another one only to be swept up by a surprise male she didn’t expect. But it makes no difference anyway, because she’s chosen the life of a vapid, disease-ridden drunk whore with no inspired future and ugly, meaningless friends, yet retains the ability to carry around a false sense of daytime dignity because she attends a community college somewhere.

A girl who has everything and gets nothing out of it. Has nothing good to say but is feverishly pounding texts out of her cell phone. Knows nothing even though she has the Internet, because she only uses it for Facebook and MySpace.

A girl who will never find this highly-detailed account of her actions, even though I wrote elfwax.com down on a slip of paper and threw it into her purse when she wasn’t looking.