MOSCOW, Russia – In an unexpected turn of events on Wednesday, NSA whistleblower Edward Snowden outed a supposedly rag-tag group of Syrian rebel hackers as a sophisticated persona management project. Little has been known about the Syrian Electronic Army (SEA) since inception, but most believe them to be residing in Damascus, Syria. Aside from a few shoddily written VICE interviews and an excellent write-up from Brian Krebs, there hasn’t been much information about the inner-workings of the crew.

Today, Internet Chronicle correspondents had a chance to catch up with Snowden for a few rounds of Moscow Mules while we discussed how the Syrian Electronic Army may be, in fact, more illusory than we could have possibly imagined.

The Internet Chronicle: Did you know about the Syrian Electronic Avenue before they became mainstream?

Edward Snowden: I did. The intel passed through my data center numerous times, months before they even began to make waves with their arbitrarily chosen attacks that were, of course, dignified ex post facto.

IC: Fascinating. Do you know if they are truly Syrian freedom fighters or something else entirely?

ES: OK, from what I saw, it’s hard to tell either way. As the United States’ hands are dipped in all sorts of fucking gunk, there’s no telling what’s really going on. However, I got to see plenty of internal memorandums referencing SEA as a group of roughly six people. The company Infragard was mentioned quite a bit in the slides that I saw.

ES: Correct. They came up quite a bit in our paperwork, as they tend to work closely with pretty much every government agency involved in covert operations. As do Lockheed Martin, Halliburton, and of course Booz Allen Hamilton.

IC: So what you’re saying is SEA is a creation of a private security firm contracted out by the U.S. government?

ES: From the information that I saw, that didn’t seem important at the time, but in retrospect, yes, that’s exactly what I’m saying. It’s plain to see that if you analyze the language they use, you can tell they have been trained to type in broken English, which is a common tactic deployed by the CIA, later adopted into persona management projects spearheaded by HBGary Federal in their Romas/COIN program that was uncovered by the now incarcerated journalist, the Hunter S. Thompson of our era, Barrett Brown. It really makes you think.

People don’t realize that these private contractors are truly the enemies. They’ve even forced Obama’s hand into nuking Syria and killing 5 million people, all because of the cyberwarfare via anti-rhetoric perpetuated by the SEA. Obama’s just the puppet for the masterminds at the Infragard splinter-cell persona management project. We’ve been trained to see this group as simple hacktivist merry-pranksters fighting a war against Twitter accounts and whois information. Yet, they are something far more insidious.

IC: The popular theme being thrown around these days is “the next war will be fought online.” Could this be the beginning?

ES: Absolutely. In fact, I would go so far as saying it has been going on for far longer than we even realize. Nation-state actors have been deployed via persona management firms for years now, ever since Tom Ryan Blog, aka th3j35t3r, tricked people into believing he was a porn star and got a heaps of classified information from unsuspecting troglodytes on Facebook. These types of spurious entities are really only the beginning. Imagine villages, even entire cities completely fabricated by military contractors! Think about the hacking power they would have and the ability to steer public interest. Scary shit, man.

The most legendary website ever to be used for pulling pussy has seen an increase in the number of people drinking alone at their computers and then announcing it through the News Feeding Trough.

The source of the problem, the U.S. Government said, is the sheer lack of anything enjoyable on the website, whatsoever.

“What’s with all the poking?” asked Norm Macdonald.

Miller Lite said that, paralleling reality, people in a virtual reality will turn to virtual alcoholism as a means of coping with its ordinary lameness. They seek a relationship that “Goes down smooth, and is not too filling.” Fulfilling, that is.

More as this develops into a preventable disease. 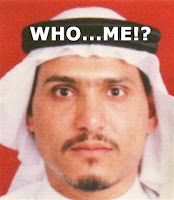