Pro-Ignorance and Anti-Intellectualism in Western Societies

The pro-ignorance movement in this country is impressive, you have to admit.

We are among a population that champions their ignorance and “choice” not to keep up with the news.

“My country takes care of me. I don’t need no news, because we’re the greatest nation in the world and that’s all I need to know.”

We’re a population that considers the simplification of far-reaching concepts into four-word sentences a smart thing to do.

You can’t explain that.

“We are anonymous,” and that mantra.

It’s an impressive movement that took off fast after 9/11 when the media decided you are either with us or against us and the lemmings followed. They followed so far that you can tell by certain behaviors in certain people that your attempted intellectual dialog is regarded as elitist snobbery.

It’s an emerging worldview that means so much to the Western Way of Life, it would take four wars and visible corporate slavery before the peons question it, but only so far as the demands of a workday permit.

And now that the FOX News pro-White House rhetoric is consuming its own diarrhea, mutations of political conviction have spawned what’s known as the American Tea Party – or, the next Neo-Con movement.

It’s so far-right that not even right-wingers are able to pick up on the nightmarish socioeconomic endgame in which we are all the pawns – fighting and dying for unseen corporate overlords – for the kings and queens of the third-world human plantation.

-Papaw, regarding my egregious online activity

Picking cotton for sale to the white man is the old version of buying cell phones, Gap t-shirts and Christmas lights from your local retail chain.

Your standard Christmas lights are manufactured by Chinese slaves who were caught practicing non-state-sanctioned Christianity and thrown into labor camps.

That’s capitalism. Go where the money is.

“What happened to the freedom to make money?”

Okay seriously, though. Some freedoms still exist! Like the freedom to serve our corporate masters – just like the Chinese apartments where rent costs match exactly the wages paid out by the companies that own the living quarters – except in America we get to drive our big gas-guzzling carshackles from our holding cells to the sweatshop – where vacations, health insurance and sick-days are all but deteriorated. Modern day freedom is disguised as mobile slavery.

“My pawn goes here, your pawn there. They will fight perpetually – building a wall. They can’t move past the deadlock. See? The old system never changes. Send out your bishops to die, so we look vulnerable; so the peons can identify with us; so they continue to fight; continue to waste.”

They game viciously. Applied statistics and Keynesian economics the only rules. Greed, and contempt, the parallel forces at work.

Genocide, religious war and rape are the disease. Greed is the pathogen. Humanity is the host. Now we are a stinking rotten corpse and in its shuddering death throes croaks, “America number 1. U-S-A! I’ll die for freedom.”

The anti-intellectualism movement is the next phase in turning the populus against itself. Without the verbal skills necessary for true democracy, there can be no public discourse, no prolonged organization and no impetus for action against our slave-driving leaders or the government bodies that enable them. 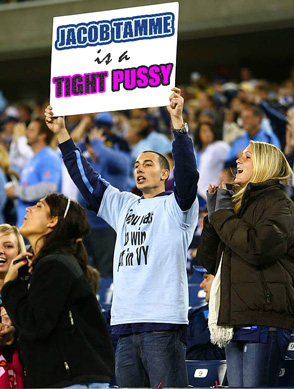 Why can’t someone go to church, rejoice, pray, go home, and keep their beliefs to themselves?

Case in point; the current situation at Heritage Christian School in northwest Ohio. For those of you not familiar with this situation, I will give you a brief summary:

Yes, you read that correctly.

Now, do these people really believe that God would want them to ruin the future of a young man for going to a prom at a public school? Apparently they do, because they are steadfast in their position, and refuse to change.

What happens to these people when they discover religion? How does going to church make them feel like they are somehow in a position of authority over other people? Why do these people feel the need to ram their beliefs down the throats of other people?

I believe the problem here, is that some people are just not mentally strong enough to be exposed to religion.