The American Revolution is Inevitable

Historically, America has been a model for Democracy and the Western way of life. But we’ve lost our national identity to enablers who gave corporations carte blanche at the Bank of American Dreams. That’s okay. It happens. That’s the end result of Capitalism. They got all our money. They’re not going to give it back. That is a fact we have to accept which can’t be changed.

Further deterioration of our standard of living can be prevented, however, but it’s going to take “something bigger” than simply electing a new guy in 2012.

To avoid total collapse of the American nation, Americans need to overthrow their government, which is now extensively corrupt, harmful and irrelevant.

Capitalism is fine, but the United States Government is not. It must come down.

The American Dream should not belong only to the elite, but high-ranking government officials created the conditions allowing corporate entities to absorb so much money, there is not enough left to run a business, much less turn a profit. Starting a small business is virtually impossible. Even as the Federal Reserve prints more money it can’t substantiate, that new cash finds its way not into the federal budget, not into your paychecks, not in the form of an economic stimulus package, but into the vacuum of corporate will, forcing inflation.

America is in the exact same place as Egypt before Egypt’s revolution and will ultimately be forced to follow their model, military-based interim government and all.

The media is not going to do it for you. There will be no reality TV show called “Protesters,” where the stars conspire to revolt all the while taking your emotional housewives on a spiritual journey into their own ugly centers. The TV news won’t even acknowledge a revolution until it’s right outside their doors, and God only knows the spin they’re going to put on it for you middle-aged couch-dwellers out there.

So you are on your own with your decision to stay put or to act. But you can rest assured, that regardless of your choice, you will not be alone; and should you choose to act on the purest of impulses – to see justice brought to our corrupt leaders – you will be joined not by tens of thousands, but a half-million or more good, Democracy-loving Americans just like yourselves.

Using the Egyptian model, change is within reach. The American military is comprised of our brothers, sisters, children, friends and parents who wish to see the best for America, not corrupt politicians; and like Egypt, will continue to protect the country, even if a murderous career liar happens to hold office.

The only reason Egypt hasn’t yet fully come around is because they’re still trying to draft a Constitution. Americans love their Constitution, inasmuch as the Federal Government allows us to use it.

Therefore, every 10,000 protesters on the streets will be matched by 100,000 who, from their PCs and recliners, may wish the revolutionaries well, and pray silently to God activism doesn’t shut down the Internet.

If American leadership refuses to use the tools voted into their hands, then there is no other solution than to empty every seat in the House, Congress and Senate, and clear out the White House – and also their bank accounts – where at least a portion of your money sits, awaiting reclamation.

We hold these truths to be self-evident, that all men are created equal, that they are endowed by their Creator with certain unalienable Rights, that among these are Life, Liberty and the pursuit of Happiness- That to secure these rights, Governments are instituted among Men, deriving their just powers from the consent of the governed – That whenever any Form of Government becomes destructive of those ends, it is Right of the People to alter or to abolish it, and to institute new Government, laying its foundation on such principles and organizing its powers in such form, as to them shall seem most likely to effect their Safety and Happiness. Prudence, indeed, will dictate that Governments long established should not be changed for light and transient causes; and accordingly all experience hath shewn, that mankind are more disposed to suffer, while evils are sufferable, than to right themselves by abolishing the forms to which they are accustomed. But when a long train of abuses and usurpations, pursuing invariably the same Object evinces a design to reduce them under absolute Despotism, it is their right, it is their duty, to throw off such Government, and to provide new Guards for their future security.

-Declaration of Independence (more abused than my semi-colons) 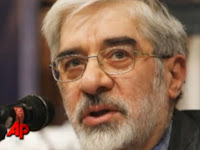