“These documents show that the military has been tampering with the crust in a way the government believes would lead to more volcanic eruptions in other parts of the globe,” Snowden told reporters.

Glenn Greenwald, Snowden-leak spokesman, told Twitter followers the eruptions are a tactic used by the government in an NSA-facilitated assassination plot.

“I’ve felt small earthquakes under my feet, targeting me out for weeks now. So has Snowden, Jeremy Scahill, and Laura Poitras.”

“This supervolcano, if it blew, could destroy the entire continental united states, sinking them beneath the sea like the lost city of Atlantis. We may relieve pressure on Yellowstone and cause other volcanoes to erupt, as we’ve seen in the past week,” said military geologist Dr. Angstrom H. Troubador.

Clear evidence to support Troubadour’s claims were witnessed by millions in violent eruptions at both Ecuador’s Tungurahua Volcano and Mount Sinabung in Indonesia this weekend.

“Strategic fracking disrupts the local ecologies of neighboring third-world countries. What’s called ‘ecological terror-fracking’ is turning out to be an indespensible tool of Al-Qaida terrorists. We’re just doing it better and more efficiently.”

“The reason we want to police fracking anywhere else in the world, even as we practice it ourselves,” Patreus added,”Well, it’s a national security concern.”

By preserving Yellowstone National Park, Patreus said America can hold off selling the preserve to Nabisco for “at least another seven or eight years.”

One Direction performed a relief concert for the victims of Edward Snowden outside Taminy Hall, in a show of solidarity with the brave men and women behind worldwide US fracking.

Other anti-Snowden protests are scheduled to occur in major cities around the world Saturday, including NYC, Kiev and Moscow. 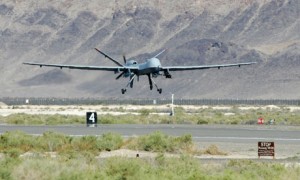 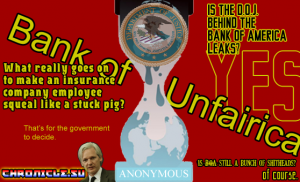 The Bank of America mortgage fraud claim is strong, but old. The evidence released Sunday night is weak and indicative of someone who hates his job. That said, it looks like some numbers were in fact changed.

Be that as it may, we will examine motives behind the leak, rather than its content, which is undergoing professional scrutiny as you read this.

The source of the leak, a former employee of Balboa Insurance, suspiciously gave the information to a member of Anonymous instead of Wikileaks. But in his emails to Anonymous, the former employee complained of unfair treatment at his job, and that cute waitresses would only fuck his co-workers. He said they knew too much about the inner-workings of the Bank of America, and not enough about him.

Sounds pretty weak, right? We thought so, too.

The United States Government, or any intelligence-oriented government, for that matter, would play up the release of “weak leaks” – as they appear to have done – to discredit Anonymous and hurt the group’s image and presence. But they would not use Wikileaks, as Wikileaks is sworn enemy of the state and not even in jest should it be used to transmit information.

Anyone able to get their hands on this information can see it’s important, but hardly enough to bring a fraudulent, government-endorsed bank to its knees. Yet leading up to the release, its importance and weight were inflated in real-time to the point where it wouldn’t surprise us to find a Papa John’s ad at the top of the page before too long.

Call it a page from the counter-intel playbook, if you will. Within the Anonymous circle, this practice is known as psy-ops. Out of paranoia, they accused chronicle.SU of PsyOps when we asserted the probability of the USG intervening, watching and influencing Anonymous and anonnews.org. [Editor’s note: the assertion stands.]

The “leak” may be substantial, but not in the way it is being played up.

“Deluge dissent in a wave of bad and pointless ‘official’ info so people become skeptical about future releases. I mean, whats with the obvious attempt at eastern european engrish? why would a russian know enough/care to pursue the specifics of american mortgage fraud? They likely have different property laws/procedures.

To me, this whole thing kinda stinks like counterintelligence.”

“atopiary The torrent from @OperationLeakS that we hosted just got taken down and so did the account with The Pirate Bay. Not sure why. #AnonLeaks 2 minutes ago via web

Just a note, #AnonLeaks is simply mirroring the BoA leaks from @OperationLeaks rather than directly leaking. AnonLeaks isn’t taking credit. about 2 hours ago via web

This does look sketchy.”