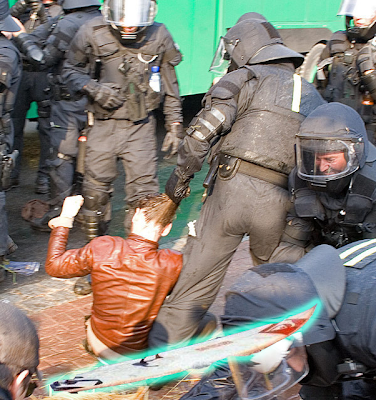 Our right to privacy extends only as far as our ability to protect it since technological advancement and the government have joined hands against us. The right to privacy will be as void for humanity as the right to a fair trial was to the Guantanamo Bay detainees. We’re basically doomed to an existence carried out under the filtration of the all-seeing eyes behind the various agencies every ISP node is fed into via the NSA supercomputer. All information is monitored, all the time, regardless of how you choose to protect your ‘physical data’. This is not just possible. It is more than probable, considering the unsupervised structure of our the internet everyone knows and understands (or doesn’t understand) today. No one escapes it… 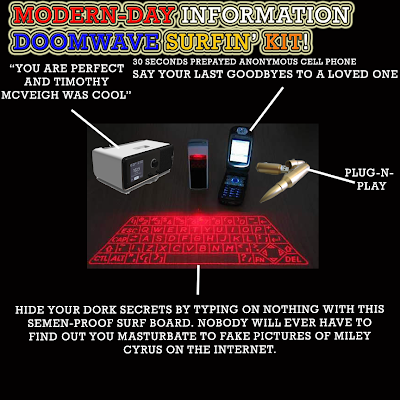 *You will not get away with it
**subsequent chemotherapy bills are the sole responsibility of the consumer, but it doesn’t matter anyway because your ass belongs to Uncle Sam (oh shit they control the after-life, too!) now get down on your knees and pray for the Sun God to blow up the Sun.
***All of our bullets are made in China and may not contain actual lead or any other hard material, and may dissolve in humidity, becoming a mild toxin poisonous to infants. 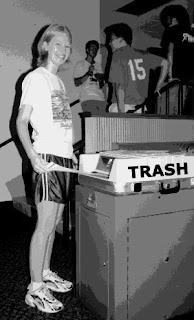 WILMINGTON–Several college students at UNCW were arrested for doing some things that don’t even exist, that is, ‘intent to manufacture marijuana.’ Police Chief Entirely Fictional explained, “They were trying to assemble all these amino acids, cellulose, and water, trying to recreate marijuana from the ground up. Of course, this is entirely impossible and illegal.” He went on to tell reporters at The EWT that they will be slapped across the wrists by public officials, figuratively, and then crucified by community service. The community is busy congratulating itself on how great it is.

Every student who bought marijuana from these kids benefited in mind and body by choosing not to wreck their brain, their memory, their liver, and their entire digestive system with a case of cheap beer. Instead, they took one puff of the good stuff and ate some Flaming Amy’s. Undercover Officer Rick Deckard said “Every time I bust a stoner, I tell myself, ‘they’re just androids,’ but I know they really contain a conscious mind, albeit different from my own.” Of course, since Rick is just a character from Blade Runner, all undercover cops who made a buck off of marijuana are no better than the students involved.

UNCW remains a campus full of mostly-drunken raving morons who are glad to see the harmless punished because of minor disagreements about recreational drug use. The state attorney’s office has issued marijuana possession charges to all people stating an opposing position because that is enough evidence. All such cases are already closed, defendants guilty, and Sheriffs busy collecting the convicts.